A quick wrapup of Oktoberfest, reproduced directly from my forum post on AusGamers.

Weekend before last I went to Munich for Oktoberfest, which is this quaint local custom where people in Germany invite everyone else in the world over and try to kill them with beer. 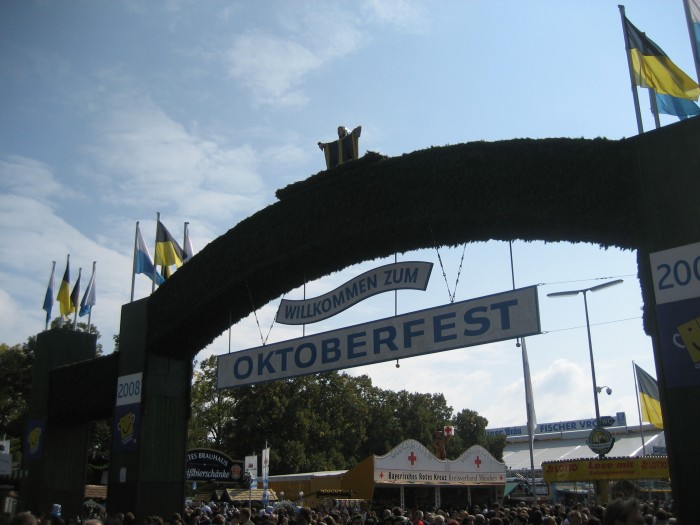 I didn’t really know a lot about it when I went there, other than the beer part, so I was quite surprised to rock up and walk around it – the outside bit has an Ekka/Show feel, with rides and heaps of food stalls and all sorts of stuff going on. It was absolutely packed to the bejebus (it was Saturday lunchtime by the time we arrived) and there were drunk people around, but also lots of families with their kids which I thought was a little weird. 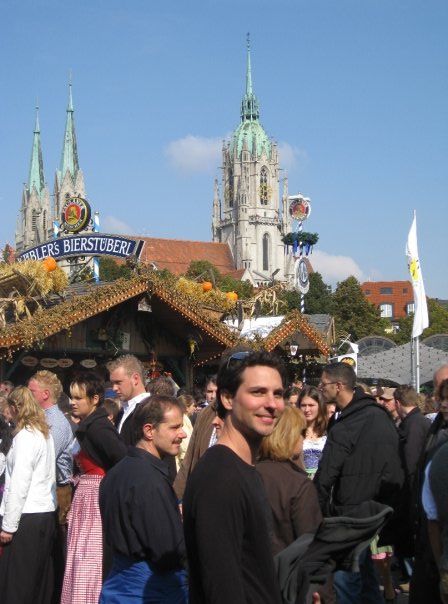 Some of our friends had gotten there at 9am so they could get into one of the beer “tents” early (they’re not really tents as you might imagine – they’re basically massive buildings that can fit several thousand people and supply them with beer while they dance and sing and spew). We checked out where they were but there was a huge line, so we wandered off to an outdoors beerhall out of the actual fest area and had a beer and a bite to eat there (if you don’t like pork, avoid Germany). 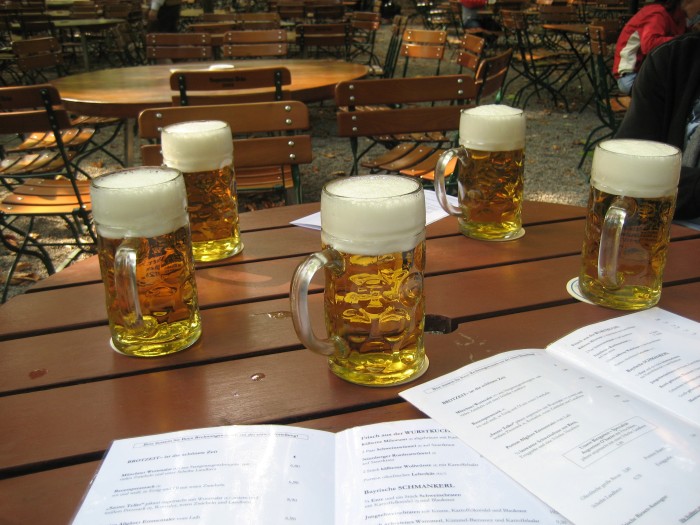 We wandered back a bit later and met up with some other mates and got into a beer garden sort of area. Within about 5 seconds of stopping to look around, a dude came up to us and offered us beers (there were hundreds of people all around us – the custom is to tip well and so with the sort of ruthless German efficiency you might expect, as soon as these guys see a target they zoom in and offer beer). We sort of expected him to be gone for ages and were again amazed when he returned in seconds with 5 or 6 steins. Very cool. 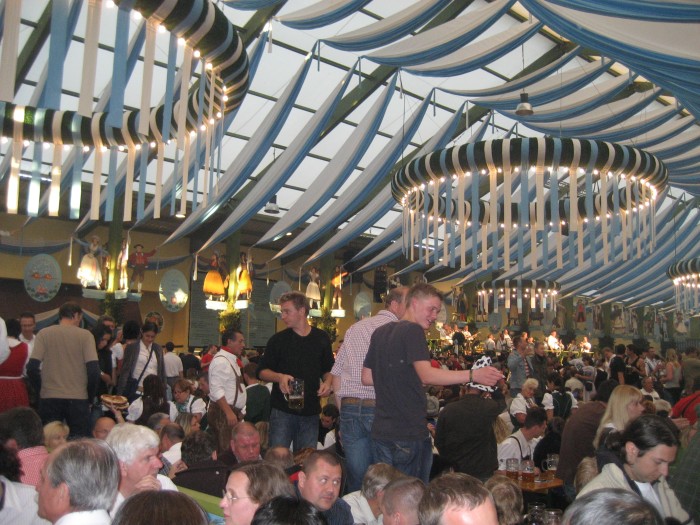 This process repeated for a couple of hours until we decided to try to get inside the tent. We were pretty well toasted by this point and managed to bullshit our way in, despite the best efforts of the crowd (who we pushed in front of like jerks) and the security guards (who were doing their best to stop anyone else from coming in because the place was packed). 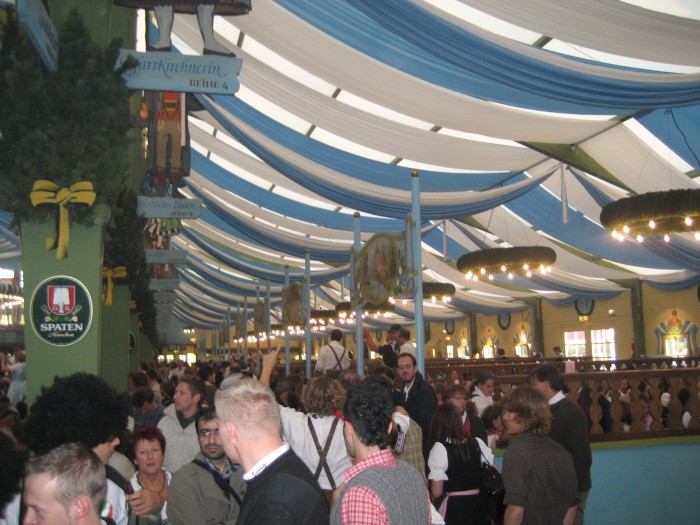 Once inside its an amazing sight. The tents are huge, stretching off into the distance and just jam-packed with people standing up on the tables singing, waving around massive beer steins, drinking, and the occasional (but rare) fight. Everything sort of got blurry at this point, but I suspect it was quite fun; we jumped up on a table and grabbed a stein and sang along with crazy German drinking songs coming from the huge band somewhere in the hall. 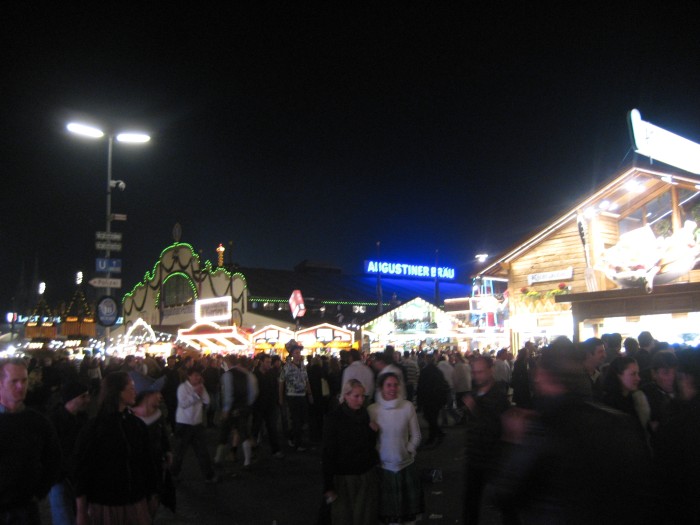 I didn’t actually get many decent photos – basically after a couple of beers I’d pretty much forgotten that I had my camera. The beers are served in steins that hold around 1 litre of beer, so it’s pretty hard going. I actually woke up the next day with bruised hands (amongst other things) from holding the steins and waving them around. We only had one broken stein incident when one of my mates tried to cheers someone a little too enthusiastically – they’re hard to break; they’re made of thick-ass glass and are quite heavy.

I forgot to get a photo of the area behind the tents – basically a grassy hill where everyone just goes and sits down – just covered with people that have wandered outside and passed out completely and utterly. There were quite a few maggot people wandering around but overall everyone was really well behaved, which I was very surprised about. The presence of German police was probably a big factor – these guys are scary looking dudes and I’m sure they’re on top of their game at this event, instantly aware of any problems and swarming in to take out people that look like they’re going to cause problems.

German beer is made under what they call the Reinheitsgebot, or the German Purity law, although there have been a few changes since it first came about in 1516 (!!!!!) and their beer is fucking awesome. You can drink a ton of it and it tastes great and the hangover effects are surprisingly minimal (theories I have heard are because of the lack of additives/preservatives etc in the beer – which I could believe).

We also did the compulsory (imo) trip to the Hofbrauhaus to try their awesome beer (it was a pretty significant WW2 place with Hitler doign a bunch of speeches there; it’s pretty amazing to think of the history in some of these places). The city itself is also pretty awesome with some great old buildings and cool restaurants and stuff. 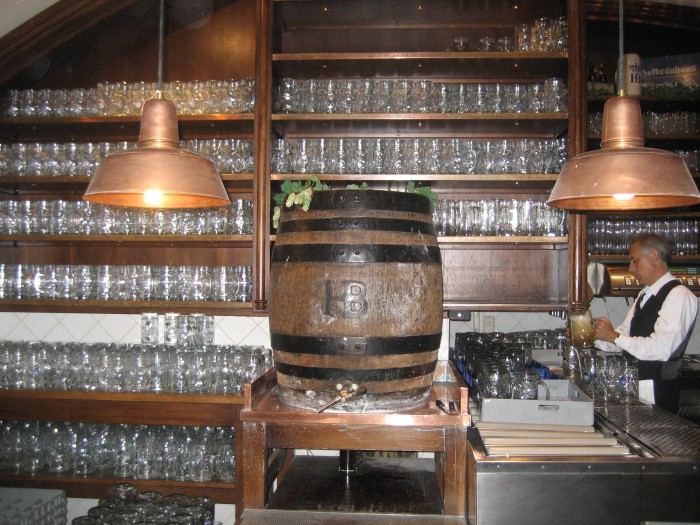 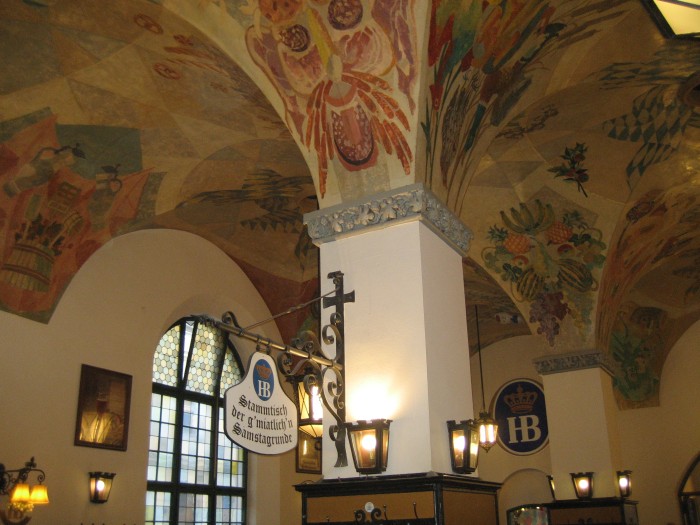 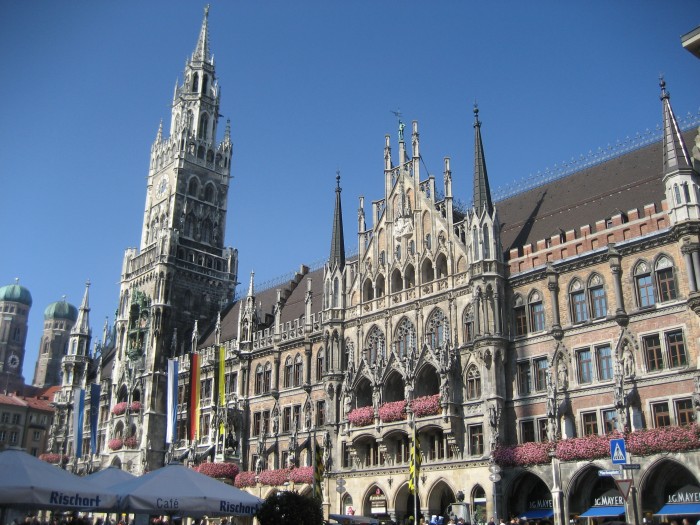 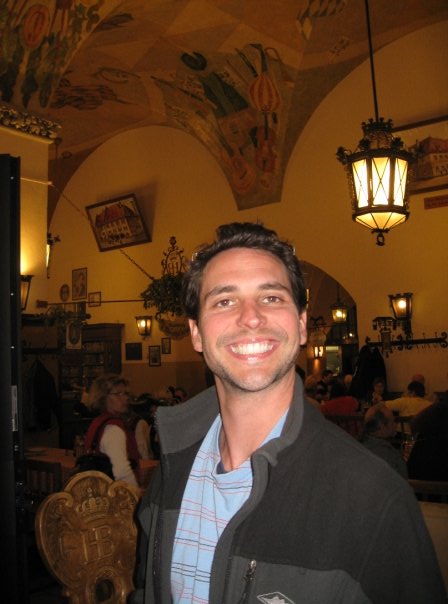